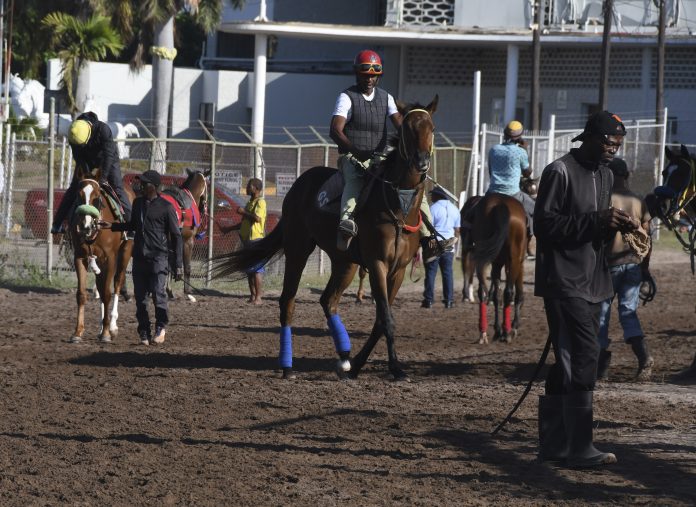 KINGSTON, Jamaica – If 2020 was a normal year, then close to the end of May near to the start of June there would be expectant anxiety and hope in the air.

Why? Horsemen would be busily preparing their two-year-old stock in the hope of possible Classic glory and punters would be anxiously awaiting to see if another great horse is on the horizon.

No so in 2020 because of the invisible enemy haunting not just this island of wood and water but the entire world.

When Quickgallop.com visited the racetrack earlier this week, there were two-year-olds in the ring and on the track.

Those on the track were hacking and trotting, that is, taking the tentative steps required to prepare them, hopefully, for a successful racing career.

A chat with trainers on the ground produced a rounded response: “The two-year-olds are around, but are far from ready if racing returns in June.”

With this information as the guide, it would be foolhardy to expect any two-year-old races before the end of July, again with the proviso that racing resumes in early June.

PAST PERFORMANCES FOR SUNDAY, December 6 now on Quickgallop.com

Early PAST PERFORMANCES for Saturday, December 5, 2020