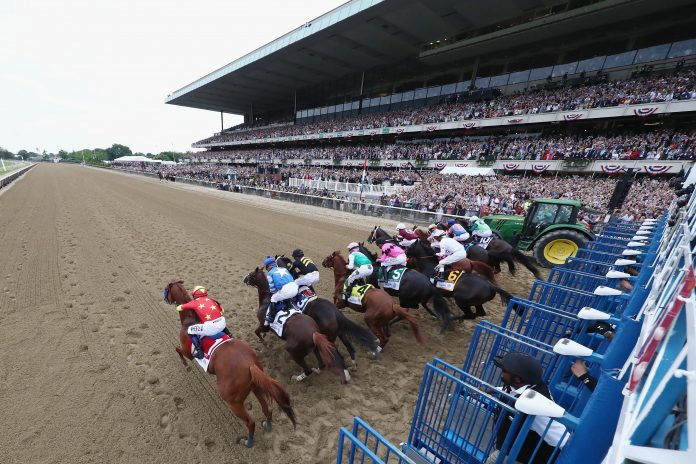 According to court documents, a security guard at Aqueduct was charged as the ‘inside man’ who posed as a victim in the robbery that occurred about 10 p.m. on the night of March 7 following the running of the Gotham Stakes.

Two criminal complaints were unsealed today in federal court in Brooklyn charging Lamel Miller, 37, and Lafayette Morrison, 37, with Hobbs Act robbery in connection with the March 7, 2020 armed robbery of over $280,000 in cash from Aqueduct Racetrack in South Ozone Park, Queens. Miller and Morrison were arrested earlier today.

According to documents, at approximately 9:45 p.m. following the Gotham Day races at Aqueduct, Miller and a co-conspirator held up at gunpoint several racetrack employees – including Morrison who was employed as a racetrack security guard – as they were transporting more than $280,000 in cash earnings to a vault.

“The defendants allegedly gambled that they could pull off a high-stakes robbery with the benefit of inside information, but thanks to the outstanding efforts of ATF Special Agents and NYPD detectives, they ended up on the losing end of that bet,” stated United States Attorney Donoghue.

“This alleged crew may have seen their inside job as a day at the races, but our arrests and federal complaints prove otherwise,” stated NYPD Commissioner Shea.

The charges in the complaints are allegations, and the defendants are presumed innocent unless and until proven guilty.  If convicted, the defendants face up to 20 years’ imprisonment.

Santorini, Den Street – main rivals in Cash Pot “Only One for Me” Trophy