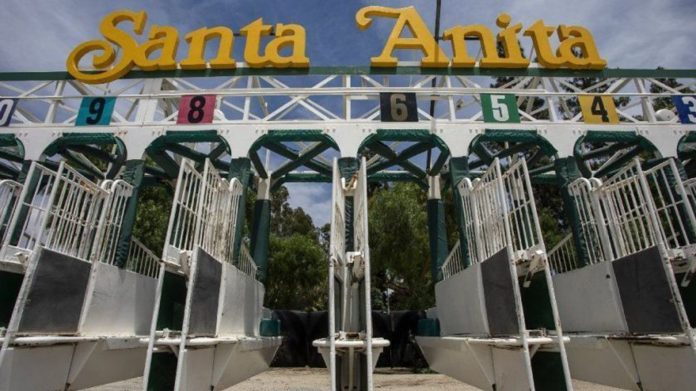 Just as Santa Anita Park on Tuesday morning was accepting entries for a nine-race program on Friday, it was revealed during a Los Angeles County Board of Supervisors meeting the area’s “safer at home” order that’s scheduled to expire will instead be extended.

Santa Anita, which hasn’t raced since March 22, has previously said the planned resumption of racing for Friday was to coincide with the lifting of the county’s order meant to combat the spread of COVID-19. However, on Tuesday, Public Health Director Barbara Ferrer said it was “with all certainty” the order would be extended for the next three months.

Despite this development, Santa Anita officials on Tuesday said the plan is to forge ahead as currently scheduled. Weeks ago, Santa Anita submitted a comprehensive plan to L.A. County to conduct racing with enhanced coronavirus safety protocols. In addition, there has recently been some loosening to the county’s safer at home rules– including the reopening of beaches, parks and trails — that could pertain to Santa Anita.

This has left Santa Anita officials hopeful things can proceed as planned.

“We are optimistic that we’ll be running on Friday,” said Mike Willman, director of publicity for Santa Anita.

The Los Angeles Times reports further details on the L.A. County safer at home order were to be revealed on Wednesday.

Santa Anita is attempting to join its sister track to the north, Golden Gate Fields, in re-opening for live racing this week. Last week, Golden Gate was given the go-ahead to resume racing by Alameda County. It has a nine-race program set for Thursday.

US RACING: Drug reportedly in Charlatan’s test is lidocaine