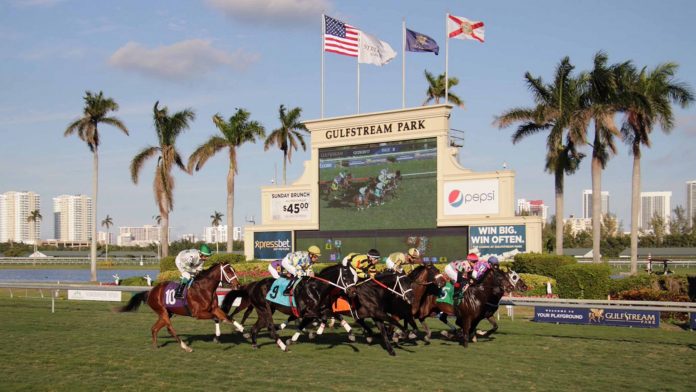 With no March Madness, NBA or NHL action due to the coronavirus pandemic, horse racing looks like the only game in town — and maybe the entire United States — this weekend.

But it’s not quite business as usual. To guard against the spread of coronavirus, most of the nation’s top tracks are running cards without spectators, while wagering continues online.

As of Friday, here’s where things stand around the nation with, so far, only Parx suspending racing among Thoroughbred tracks:

A number of tracks, namely those in New York and California, closed to all but essential on-site

personnel in accordance with policies in place to limit crowd sizes in those states.

Initially, Oaklawn had intended to proceed with fans allowed through the weekend, with its Saturday program also including the Azeri Stakes (G2) and Essex Handicap. Thursday evening, the track changed course and will go on without spectators.

“We will act in a similar fashion to other sports organizations throughout the country,” track president Louis Cella said. “The health and safety of our fans, horsemen, and team members have always been and will continue to be our top priorities.”

Readers are reminded that in addition to wagering, TVG offers account holders access to a free live stream of its station and to tracks’ simulcast feeds.