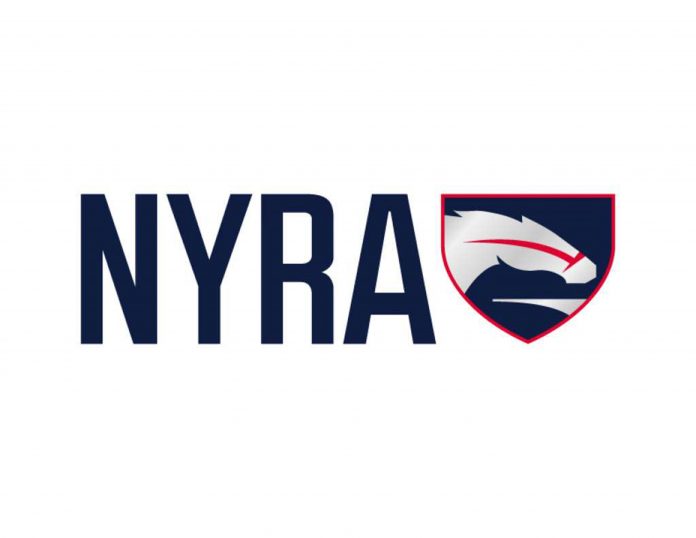 Since last Thursday, NYRA has conducted live racing without fan attendance. This announcement comes following consultation with the New York State Gaming Commission and adheres to New York’s ban on public gatherings of more than 50 people, as no live audience is permitted.

That practice will remain in place when racing returns on Friday. Closely monitoring and assessing developments regarding the coronavirus are NYRA’s Preparedness and Response Plan Committee, comprised of key NYRA staff members as well as representatives from the horsemen’s association, backstretch representatives and the New York Race Track Chaplaincy of America.

“The health and safety of employees, fans, horsemen and the backstretch community is paramount,” said NYRA CEO & President Dave O’Rourke. “Now that we have experienced racing under these conditions for three days, we remain confident in our ability to safely conduct racing operations behind closed doors and with only the staff that are required under the rules of racing in New York. Of course, we will constantly evaluate this situation over the coming days in advance of Friday and make further adjustments as necessary.”

Until further notice, only racetrack staff essential to officiate and report on live racing per NYSGC rules, including, but not limited to, stewards, trainers, assistant trainers and grooms, will be permitted on-site. Owners will not be permitted access to Aqueduct.

NYRA will continue to follow best practices established by the New York State Department of Health and the U.S. Centers for Disease Control.

Live racing in March during the Aqueduct winter meet, which concludes on March 29, is conducted three days per week, Friday through Sunday. First post on Friday’s eight-race card at Aqueduct is 1:30 p.m. ET.

As a courtesy to fans, all NYRA racing can be streamed for free in high-definition at NYRA.com/aqueduct/racing/live. This service is provided by RTN.

Meanwhile, with the announcement Sunday afternoon that two people have tested positive for Covid-19 in Garland County, Oaklawn made the decision to voluntarily close its casino for two weeks effective Monday.

“As for racing, it has always been the life blood of Oaklawn and we are happy to offer the horsemen an avenue for racing their horses in these challenging times,” said Oaklawn President Louis Cella. “…We continue to monitor everything on a day to day basis. We appreciate the patience of our guests, team members and horsemen.”

Fair Grounds, which is scheduled to host the Louisiana Derby (G2) on Saturday, posted that its casino operations are also suspended, but that live racing “will continue throughout the meet as scheduled spectator-free.” Gulfstream Park officials will also continue racing this week with its casino closed.

Somewhat surprisingly, on Monday evening Maryland’s horsemen’s association announced that racing there would continue after a Sunday order from the state’s governor that appeared to close the track.

According to accounting from John Hopkins University, COVID-19 contributed to more than 6,500 deaths around the globe as of Monday.

In the U.K, racing will now be held behind closed doors after conducting last week’s Cheltenham Festival that attracted throngs in excess of 50,000 daily. But even more notably, after racing without on-track patrons in recent weeks, the decision was made on Monday in both France and Germany to shutter racing entirely. This follows similar moves by Italy and Spain.

As for North America, six tracks currently in session had suspended live racing as of Monday: Parx, Penn National, Sunland Park, Turf Paradise, Fonner Park and Rillito Park. Fairmount Park, which cancelled its Saturday program, was to race on Tuesday sans spectators with the situation to then be re-evaluated.

Here’s a look at where things stand as of Monday afternoon: