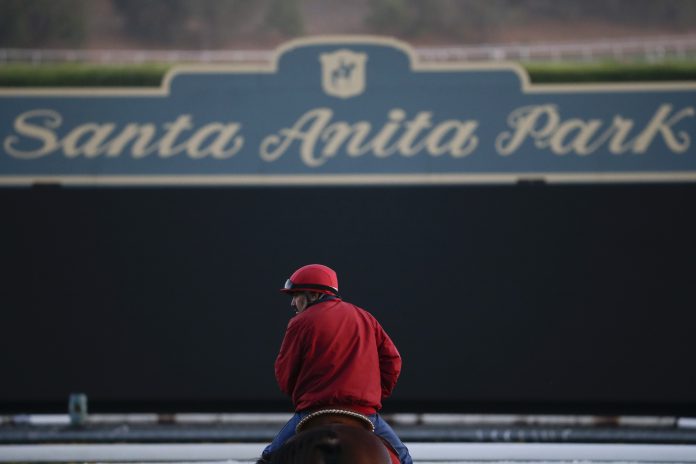 Tailback, a 4-year-old gelding, broke down after a workout Sunday. Trained by Mike Puype, Tailback had no wins in two career starts and earnings of $4,340, according to Equibase.

He completed a four-furlong workout on the main dirt track in 49.20 seconds, 28th fastest of 69 workouts at the distance. Tailback wasn’t raced until this year. He finished third in his first start on Feb. 15 at Santa Anita. He was eighth in his second start on March 20.

Tailback is the sixth horse to die on the main track since Dec. 26. A required necropsy is pending. Four others died on the turf course and three on the training track.

The track in Arcadia has been closed for racing since March 27 by order of the Los Angeles County Public Health Department as a result of the coronavirus pandemic. However, horses are allowed to train.

Santa Anita officials have submitted a written proposal to resume live racing as soon as possible to the health department and Los Angeles County Supervisor Kathryn Barger. They are making plans to reopen this weekend, but have yet to receive official permission.

PAST PERFORMANCES FOR SUNDAY, November 1, 2020 – ready and posted on Quickgallop.com