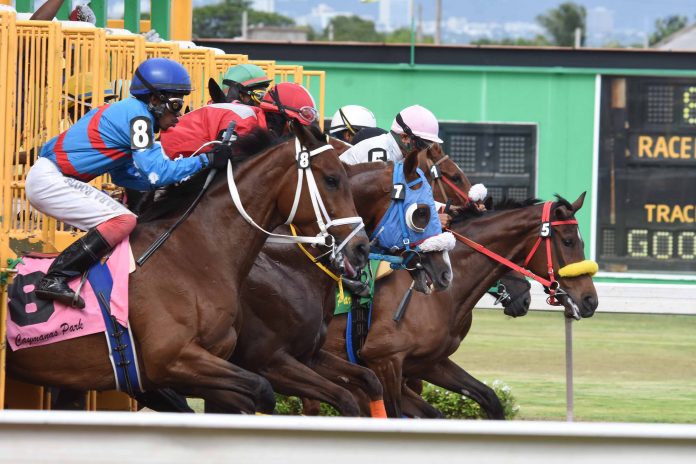 KINGSTON, Jamaica – Following a just ended meeting of horse racing stake holders, the decision was taken among attendees to go ahead with the planned race meets of Saturday, March 14 and Sunday, March 15.

The stakes holders’ meeting which was held at Caymanas Park was attended by representatives of the promoting company, Supreme Ventures Racing and Entertainment Limited (SVREL), the Jamaica Racing Commission (JRC), trainers, jockeys and grooms.

Although there was consensus among the stakeholders the final decision rests with the board of the regulatory body for racing in Jamaica, which is the JRC. Representatives of SVREL are to meet with the JRC board shortly.

The stakes holders gave the green light once certain conditions were met by the promoting company including the sanitising of all punters entering the race track.

Added to this measure, SVREL is to ensure that all entry and exits points are manned to enable sanitising of the professionals (jockeys, trainers and grooms) are done before and after each race.

Already, the process has started at the track with the establishment of various sanitising points.

Ten races are on offer on both race days.