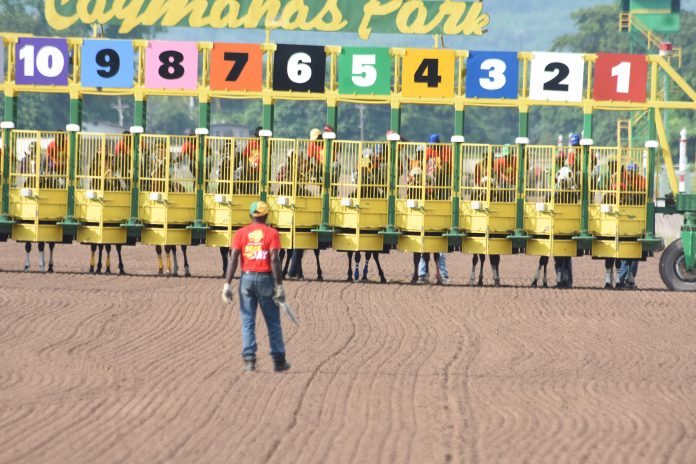 KINGSTON, Jamaica – The Veterinary Services Division (VSD) of the Ministry of Industry, Commerce, Agriculture, and Fisheries says it is not aware of any available laboratory results confirming the presence of any virus affecting horses at Caymanas Park at this time.

In a response last weekend to media reports relating to an illness among horses at Caymanas, the VSD stated that it would await results of samples submitted before making any pronouncement of an infection.

The full text of the VSD response is published below.

“The Veterinary Services Division (VSD) of the Ministry of Industry, Commerce, Agriculture, and Fisheries has taken note of several articles published in the local media alleging an outbreak of a ‘virus’ among the equine (horse) population at Caymanas Park.

“Despite these reports, the VSD wishes to advise that as far as it is aware, there has been no confirmation of any outbreak of a viral disease at Caymanas Park at this time.

“Any definitive diagnosis of a viral disease is usually done based on laboratory confirmation. The VSD is not aware of any available laboratory results confirming the presence of any virus affecting horses at Caymanas Park at this time and will await results of samples submitted prior to making any pronouncement of infection.

“It is to be further noted that upon becoming aware of the articles published in the media, the country’s Chief Veterinary Officer Dr Osbil Watson, immediately made contact with senior officials at Supreme Ventures Racing and Entertainment Limited (SVREL) and dispatched a team from the VSD to commence an investigation into the matter. E-mail contact was also made with the acting senior veterinarian of the Jamaica Racing Commission, Dr Sophia Ramlal.

“As far as the VSD is aware, preliminary information has indicated that these cases were first observed on Wednesday, February 19, 2020. It was also reported that there were some horses exhibiting mild signs of ‘colic’, but responded positively to appropriate treatment for this condition.

“The VSD was made aware, also, that as at Thursday, February 27, 2020, approximately 100 horses have been reported to have exhibited varying levels of inappetence [lack of appetite], particularly in relation to pelleted feed. It was stated further that most of the horses were able to consume grass and hay. Of the approximately 100 affected horses, approximately 20 horses [20 per cent] have reportedly shown elevated body temperatures.

The VDS will be working closely with SVREL, the Jamaica Racing Commission, respective equine veterinarians, owners, trainers, and other relevant stakeholders to monitor the investigative and diagnostic processes in order to determine the possible cause of the ongoing events at Caymanas and to advise stakeholders and the general public accordingly.”

Past Performances – for 9-race card of Saturday, August 15, now on Quickgallop.com

Nine races on Saturday card of August 15, 2020 – Overnight on Quickgallop.com

A Quickgallop Overnight reminder for upcoming weekend of racing