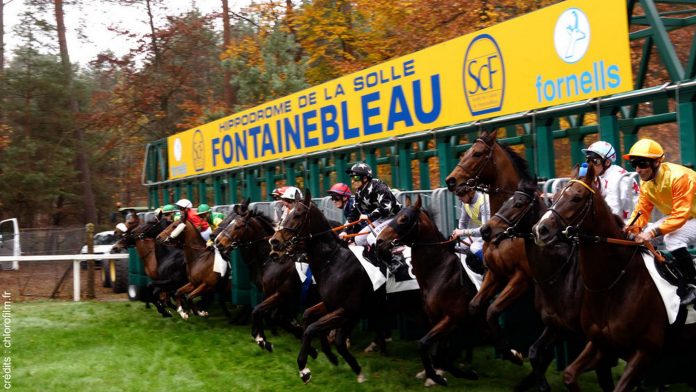 Paris tracks such as Longchamp, those in the east or in the Bourgogne area or any region classified as red, will until further notice be barred from staging race cards despite the May 11 reopening behind closed doors.

“The modalities will be published in the coming days,” France Galop said. “The new rules will start Thursday.”

Thursday’s and Sunday’s cards at Longchamp have been switched to Deauville on the Normandy coast.

Friday’s meet at Fontainebleau has been moved to Vichy while on the same day the Compiegne steeplechasing goes to Dieppe.

French racing leaders France Galop and Letrot said they were saddened for the racetracks in red zones.

“If getting racing back has been reinforced by this latest decree, as it seems to have been, we can also say we sadly regret that the racecourses in the red zones cannot operate,” France Galop and Letrot said in a joint statement.

Trainers and jockeys wore masks as French racing resumed under the shadow of COVID-19 at the fabled Longchamp racecourse on Monday.

It restarted only after reported last minute lobbying persuaded President Emmanuel Macron to give it the go-ahead.

However, strict rules were laid down including being held behind closed doors, a far cry from the near 50,000 crowd that greeted Waldgeist, the winner of Europe’s most prestigious race the Prix de l’Arc de Triomphe, last October.

Longchamp put on a 10-race card with several group races whilst there were also meetings at Toulouse, Compiegne and a trotting fixture as well.

PAST PERFORMANCES for Friday, October 23, 2020 posted on Quickgallop.com